You Can’t Deny His Florida DUI 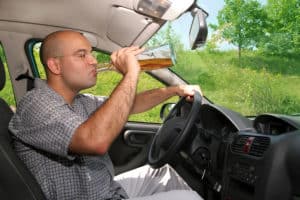 There are buzzed drivers, drunk drivers and then this Florida DUI driver, who made no mistake about his level of intoxication. In fact, he was all too happy to show law enforcement just how drunk he was. Not only did the man blow into a parked police cruiser that had its lights flashing, but that cruiser then hit another police car. That particular car had a strong warning: Don’t Drink and Drive.

It may seem like a normal Florida DUI headline, but you have to admit, that’s a bit much… even for Florida.

Florida DUI laws may need to take into consideration how dangerous this situation is. Maryland expanded ignition interlock access because a drunk driver killed a law enforcement officer who was on duty. Given that Florida recently passed on ignition interlock expansion for the second year in a row maybe the state needs to take a closer look at ways to prevent more of these incidents… again.

Just for the record, Florida ignition interlock devices could help prevent more drunk driving incidents for those who have already been convicted of a crime, or for those who opt to install one in their vehicle. Even with an all-offender ignition interlock expansion, the state would need to look at other options to prevent those first-time DUI offenses from happening.

Before becoming a Florida headline, remember you can prevent a DUI by having a safe ride home planned before you head out for a night of drinking. The risks of becoming a funny Florida DUI headline are nothing to the damage that can actually happen when we drink and drive. You can also have a voice in the Florida DUI laws. Contact your lawmakers and let them know where you stand on Florida ignition interlock expansion and the state’s drunk driving laws.