Your DUI Personality is Showing

You are here: Home / News / Your DUI Personality is Showing
May 29, 2017 by Editorial Staff 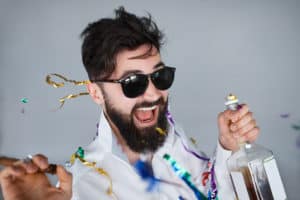 People say and do all sorts of things when drinking. Some people drink to relax and become the life of the party. Others may drink and become angry or withdrawn. The common theme is blaming the alcohol, which is also a big part of a DUI. But when people say drinking changes their personality, how much of that is true?

Not much, according to a recent study. When drinking, we all have to take on responsibility for our actions. If we drink and drive, end up with an ignition interlock device, that is our fault. If we become karaoke superstars, that’s our fault. If we destroy property or insult our boss, that’s our responsibility, too. Our personalities don’t have a magic switch, but alcohol probably just allows those aspects of ourselves shine a little brighter (or scarier) as our inhibitions are lessened. That’s actually a big reason people drink and drive, their judgment is impaired and may do things that aren’t part of their normal routine… all because of alcohol.

Fun fact: the reason you make bad decisions while drinking is that alcohol causes the brain to release dopamine. Heavy drinking produces so much dopamine, you can no longer understand the difference between healthy and good decisions and those that can put you in the doghouse… or in jail. Alcohol use and abuse is a leading factor in many property crimes, sexual assaults, DUIs and other behaviors that don’t normally occur when a brain is functioning normally.

Alcohol may not change personalities, but it definitely needs to be considered a factor in decisions, whether those decisions are DUI based, or interpersonal. There’s only so much a person can blame on alcohol, and since there’s no ignition interlock device for personalities, it is in everyone’s best interest to keep their own attitudes in check when they’ll be drinking.