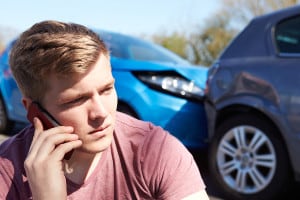 Kids will be kids, they say, even when it comes to drinking and driving. But, there really aren’t any good reasons for anyone to drive under the influence of alcohol, which is especially true for those who aren’t even old enough to purchase a six-pack. Mississippi, like every other state in the U.S., has strict “zero tolerance” laws for underage drunk drivers in the state to discourage “kids” from making what could be a fatal mistake. Not only can a person under the age of 21 be convicted of DUI at the legal .08 BAC (blood alcohol concentration) limit, but, these minors can face DUI charges for driving with as little as .02 BAC, an amount equal to less than one “standard” drink.

“Zero tolerance” in Mississippi means that as a minor, even a .02 BAC will result in the suspension of your license for at least 90 days, plus a fine of $250 for just your first offense. Any further underage drinking and driving charges will cause a longer license suspension and higher fines, and you could ultimately face losing your license until you are 21 for a third offense. If your BAC is at the legal limit (.08) for adults 21 years or older, then you will also have consequences to face that include possible jail time, an ignition interlock requirement and more.

Even though “kids will be kids,” a drunk driver is still a drunk driver. There are plenty of reasons to not drink before you are of legal age, and if you are caught behind the wheel of a car with even the slightest amount of alcohol in your blood, you will face drunk driving charges. As a minor, you have plenty of time to learn how to drink responsibly after the age of 21. The last thing you want is to face the frustration of a Mississippi DUI and an ignition interlock device in your life when you’re not even legal to drink in the first place.