2017 Florida DUI Lessons: Get Drunk as a Possum? 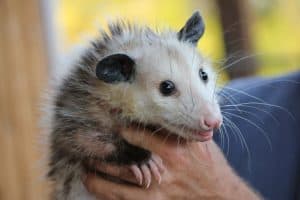 A Florida possum was recently apprehended doing what we have come to expect from the human residents of the Sunshine State: breaking into a liquor store and getting her drunk on. With reports of Florida DUI dangers rising, it seems that the possum took matters into her own hands by staying off the roads and instead, opting for a safe space in the warm and inviting temple of tequila… indulging in the bed and breakfast of champions.

Just like our human friends, we are not judging the possum for her love of alcohol. Aside from breaking and entering, we can even give her props for doing what every Florida DUI offender has failed to do: staying off the roads when they have been drinking. Possums may not be known for their best judgment as they attempt to cross the road, but they are pretty much 100 percent off the hook for drunk driving. They know that when they have had a drink or two, they may as well just get cozy right where they are, sleep it off, and head home once they are sober enough to do so.

Well, that’s what we would like to think, at least.

Florida DUI stories have always been a fascinating look at the world of drunk driving. Possum proclivities aside, the most recent Florida DUI stories have included the woman who got a DUI on a horse and another DUI on a lawnmower story. We accept that Florida has a reputation for drunken decisions, including those made by golf stars and country music celebrities. In a state where ignition interlock devices are always an option for drunk drivers, we suggest following the example set forth by the possum, not the human headliners.

The moral of the Florida DUI stories… do not drink and drive. Not on a lawnmower, not on a horse. And if you really must drink, play possum and sleep it off before you become a different type of roadkill risk.

Previous Post: ← How DUI Feel? What to Think About the Alcohol You Drink
Next Post: The Crushing Penalties and Fees for a Mississippi Aggravated DUI →