The 3 Types of Underage DWI in New York 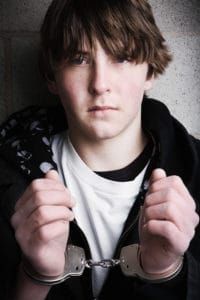 It shouldn’t come as a big surprise that New York has a tough road ready for underage DWI offenders. With some of the strictest drunk driving laws in the country, including a mandatory ignition interlock policy for all offenders, New York doesn’t mess around with any DWI driver, no matter what age.  Plus, there are actually three different ways a minor can be charged with a criminal drunk driving offense, each with its own set of penalties for the offender.

There is a national “zero tolerance” policy across the U.S. for underage drunk drivers, but each state treats that crime differently. For example, New York will see a blood alcohol concentration (BAC) of less than .02 percent as a problem for anyone under the age of 21, and can issue a citation to the driver. From there, the underage DWI suspect could lose their license through the DMV, where their “day in court” happens instead of in a municipal court.

The underage driver could also be charged with an underage DWAI (driving while ability impaired) if their BAC measures .02 – .07 percent.

For an underage DWI in New York where the BAC is .08 or higher, the consequences are definitely different, such as the mandatory ignition interlock requirement for all drunk drivers. Underage DWI drivers in New York will also have a longer license suspension than a person who is over the age of 21, plus that suspension is in addition to completing the state’s Impaired Drivers Program.

Nobody wants to start out their adult life with the repercussions from an underage criminal charge. Nobody really wants the consequences of a DWI either. Since the penalties for an underage DWI in New York are so strict, it seems that the most responsible decision a kid can make is to always remain sober behind the wheel.