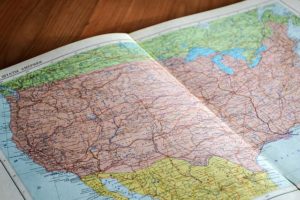 With Maryland’s recent passage of Noah’s Law, the majority of U.S. states now has mandatory ignition interlock laws for first-time DUI offenders. That means that in those states, the very first time a person is convicted of a DUI, DWI or other drunk driving charge, they have to use an interlock for many months to come. That also means that in those states, the streets are much safer for the rest of us, and we look forward to the time when all 50 states have mandatory laws for all offenses.

Still, current ignition interlock laws are not bad. All but four states and D.C. have mandatory interlock requirements for at least some DUI-related offenses. For instance, these states will mandate an interlock if:

Plus, every state allows a judge to order an ignition interlock at his or her discretion, so you could have the device no matter what.

Until all 50 states and D.C. have mandatory ignition interlock laws, we can remind our state lawmakers of our own dedication to safe streets and encourage them to make the necessary changes that ensure those safe roads for throughout the years to come.

Previous Post: ← Can You Plead the Fifth at a DWI Stop?
Next Post: The 3 Types of Underage DWI in New York →