Can You Plead the Fifth at a DWI Stop?

You are here: Home / General Information / Can You Plead the Fifth at a DWI Stop?
April 28, 2016 by Editorial Staff 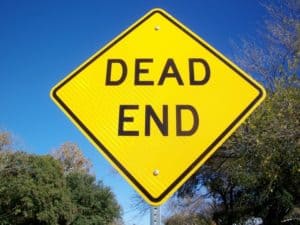 When you head out for a night of drinking with friends, you’re probably not worried too much about your Constitutional rights. But, let’s say that you had a few too many drinks and then decided to drive home, right through a sobriety checkpoint or a red light. Now you’re watching a law enforcement officer approach your vehicle and you know they’re about to ask you if you’ve been drinking. Can’t you just plead the fifth at a DWI stop and move on with your life?

There’s not really a black and white answer to that. We all have certain rights granted to us by our founding fathers, such as the right to not incriminate ourselves. That means that you could plead the fifth at a DWI stop, but you shouldn’t expect to then move on with your life. You won’t get very far, at all, because each state has “implied consent” laws that keep suspected drunk drivers from silently riding away.

When you first got your license, or when you renewed it in the past few decades, you agreed to abide by your state’s implied consent laws. These laws state that in exchange for a driver’s license, you agree to supply law enforcement with a blood alcohol concentration (BAC) sample if you are suspected of drinking and driving. If you attempt to plead the fifth, that could be seen as refusing to submit a BAC sample, giving law enforcement probable cause to go ahead and arrest you for DWI. Plus, you’ll have additional penalties for violating implied consent laws, including an ignition interlock requirement depending on your state’s laws.

The short answer is no, don’t plead the fifth at a DWI stop: you’ll just face more penalties on top of everything associated with drinking and driving. A better plan is to find a safe ride home and steer clear of a DWI stop entirely.