A New Florida DUI – Parking Under the Influence?

You are here: Home / News / A New Florida DUI – Parking Under the Influence?
October 30, 2017 by Editorial Staff 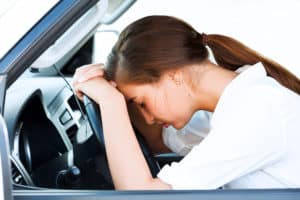 We have all heard those cautionary tales. Do not go sleep in your car if you are drunk – you will get a ticket! A Florida DUI law actually makes that tale a reality.

Calling this law new is a misnomer, as it has always been part of Florida DUI law. Florida DUI laws are strict, and the word driving in the phrase driving under the influence is loosely interpreted, but for good reason. In this case, driving means the driver is in actual physical control of the vehicle, even if the engine is off and the driver is asleep. Also, a vehicle can include things such as boats and bicycles. In any case, a Florida DUI may mean you spend time in jail, or at least with an ignition interlock device.

In the case of this woman, parking under the influence was the result of a true Florida DUI story: she thought the middle of the road was her driveway.

What constitutes actual physical control? Some courts have defined actual physical control as the ability to start the car at any time and drive away. So, the location of your keys can be very important. If they are in the ignition or your pocket, you may be charged with a Florida DUI. If you put them in your glove box or somewhere else not so easily accessible, you may be less likely to be charged.

If you sleep it off in the driver’s seat of your car, you may be charged with a Florida DUI. Instead of relying on a power nap before driving home, maintain control of your life and opt for a safe ride home with another person behind the wheel.

Previous Post: ← Will We See Another Thanksgiving DUI Blitz in Arizona?
Next Post: Another Year Older, Another DUI Excuse →