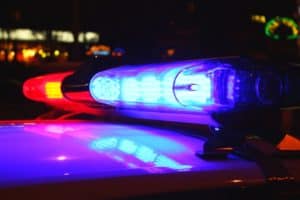 One drunk driving incident can be a big deal, but just enough to make an offender know they may be headed down a dangerous road. A second offense is what really triggers stricter penalties. Those penalties may depend on the time that has passed between first and second offenses; the look-back period. As such, a second Missouri DWI only counts if that offense occurs within five years of the first DWI conviction.

Consequences for a second Missouri DWI include:

Be careful with that second DWI charge – any agreement to expunge a first-time Missouri DWI from your record will no longer be valid, and you will face the full consequences of both incidents. Also, any additional drunk driving charge, even outside of Missouri, will count in the full tally of incidents.

The line between how severe drunk driving consequences seems to be the look-back period, but it really is our intention to get home safely at the end of a night. Knowing your DWI timeline is much less important than just making better choices to keep you out of the courtroom, and back home where you want to be.

Previous Post: ← Weird DUI: Sleeping it Off in (Any) Car?
Next Post: The Total Cost of Your Second Maryland DUI →