Weird DUI: Sleeping it Off in (Any) Car? 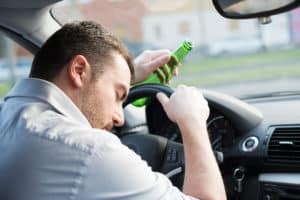 Around here we stick to what the experts say, especially if it means we get to mention weird DUI stories. Like the one about the guy who broke into a police car while drunk and then passed out. Because we know that there is no cure for intoxication except to allow the time needed to metabolize alcohol – to sleep it off. No number of showers, coffee, or late-night food binges will create a magical state of sobriety. Sleep, however, will allow the time needed to get your head straight. We just do not recommend you sleep it off in a squad car.

There is a weird DUI truth in sleeping in a car if you’re intoxicated: you could be charged with drunk driving.

It is more common than you think. Not everyone is able to separate from their vehicle at the end of a night of drinking, but they also may know they are too drunk to drive. The obvious answer is to sleep off their stupor in their vehicle. The obvious problem is that in most states if you are sleeping off a drunk and are in any sort of “control” of the vehicle (like sleeping in the driver’s seat, or with the keys in the ignition), you can be charged with DUI – even if the car has not been started.

Avoiding a weird DUI like this is no different from avoiding any other type of DUI and the consequences for your actions (like an ignition interlock requirement). If you know you will be drinking, do not make it weird by trying to drive yourself home at the end of the night. In most cases, you will just end up in trouble, regretting your decision to sleep it off anywhere except in your own comfortable bed.

Previous Post: ← How to Work Around a Second West Virginia DUI
Next Post: A Second Missouri DWI in Five Years? →