Administrative and Criminal Penalties for a Second Mississippi DUI

You are here: Home / General Information / Administrative and Criminal Penalties for a Second Mississippi DUI
August 29, 2017 by Editorial Staff 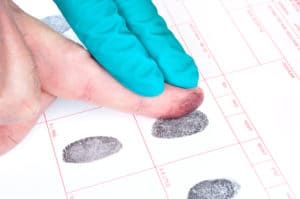 A second Mississippi DUI conviction raises the stakes when it comes to the consequences you will face in court. Not only did you drink and drive, but you did it again, and within a relatively short period of time if you have been formally charged with a second Mississippi DUI. The state considers that second offense as a possible indication of a deeper problem with alcohol.

Mississippi has a five-year DUI look-back or washout period –  the state counts only those offenses that occur during the previous five years when determining a second or subsequent offense.

Criminal penalties for a second Mississippi DUI include:

On top of that, you will face administrative penalties through the Mississippi Department of Public Safety (DPS), such as:

You could also be ordered to forfeit your vehicle after a second Mississippi DUI conviction.

With a second drunk driving conviction may come the time to rethink your choices about alcohol. Mississippi has been vigilant about maintaining strict consequences for any DUI, and once you cross the line into second or higher offenses, you can expect to be restricted far beyond just an ignition interlock requirement and some court costs. The burden of safe driving rests on each of us, and instead of facing those consequences, we can all just agree to plan better before leaving for the night. A second Mississippi DUI, or any drunk driving incident, is not worth the risk we take to ourselves, our passengers and others on the roads.

Previous Post: ← It’s a Big Deal: Your Second Texas DWI
Next Post: How to Work Around a Second West Virginia DUI →