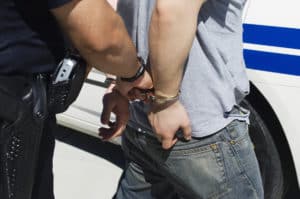 There are many reasons to be proud of Texas and its continued fight against drunk drivers across the state. In the last year, the state expanded ignition interlock device access to include all Texas DWI offenders, not just those with a high blood alcohol concentration (BAC) or with multiple offenses. That expansion allows a first-offense DWI offender the ability to legally drive their own vehicle, as long as there in an interlock installed, in exchange for providing a BAC sample to the device. Some say, however, that Texas can still do more to keep drunk drivers off the roads, and that the solution isn’t necessarily about more jail time, but a longer license suspension time.

If a person has multiple Texas DWI offenses, eventually that person could face a lifetime prison sentence, especially if a death or injury occurs. Some would say that before that’s even an option, Texas could increase the suspension time for driving, and increase the time an offender must install and maintain an ignition interlock device. If an offender is given the chance to rehabilitate after a DWI, including maintaining their job and home while surrounded by their family, they have a chance at a positive outcome once the DWI dust settles. The ignition interlock can also work to keep that person from drunk driving long after it is removed, as it builds in new, healthy habits with drinking and driving. Extended prison time doesn’t do any of that.

A Texas DWI is a big deal the first time it happens, and even more serious as incidents stack up on a criminal record. With an ignition interlock, we know that an offender is unable to drive if they’ve been drinking, and that same offender is more likely to think twice about attempting to drink and drive again, knowing there’s a longer interlock requirement in their future.