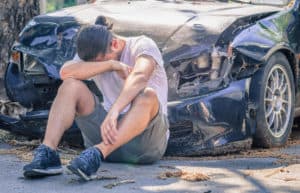 If there was a prize for the state with the most lenient OWI (Operating While Intoxicated) laws, Wisconsin would be in the running. It may be easy to blame the residents or lawmakers for the state’s lax drunk driving laws, but there are obviously other factors at play. In fact, a new bill will be introduced to the state legislation this session, much as it was last session, to expand ignition interlock access across the state. It is not necessarily the legal process or that people don’t care – it seems that Wisconsin just has a different road to take to make the state’s roads safer.

Coincidentally, these Midwesterners have been recently rated home to one of the nation’s drunkest cities. Wisconsinites have a social culture which perpetuates and encourages people to keep on drinking. Compared to other states, alcohol is less expensive in the state. The top “party college” in the U.S. is in Madison, too, all of which adds up to a dangerously impaired look at alcohol and road safety.

While beer culture in Wisconsin might correlate with the amount of OWIs in the state, another factor contributing to Wisconsin’s OWI policies  might be the amount of beer lobbying. In Wisconsin politics, alcohol lobbyists hold a huge financial weight on the outcome of policies. For example, Wisconsin is the only state in the country where someone won’t be charged with a criminal offense the first time that person is pulled over for an OWI. Some say that the ignition interlock expansion will have a negative effect on the alcohol profits in the state, too.

If ignition interlock expansion passes this year, Wisconsin will find out that answer. It all comes down to a choice before anyone heads out to drink, and if a plan is in place, then there’s no worry about an OWI, ignition interlock or more dire consequences. Everyone can still enjoy their beer culture and businesses can profit from the merriment. Perhaps the alcohol lobby could focus more on helping people find those safe rides home rather than preventing ignition interlock expansion, a vital part of stopping drunk drivers from making another bad choice to drive while intoxicated.