What NOT to do When Arrested for DUI in Florida

You are here: Home / General Information / What NOT to do When Arrested for DUI in Florida
October 20, 2014 by Editorial Staff 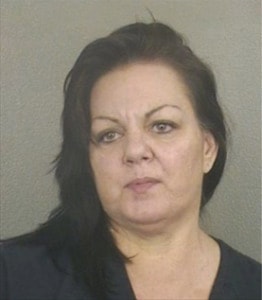 Just in case you’ve ever wondered how to make a bad situation worse, a Florida woman decided to be an example of what NOT to do when arrested for a DUI. After a concerned motorist phoned police in September to report a driver that could not stay between the lines, the witness also reported that the driver had stopped in the middle of traffic to get out of her car and yell at the driver behind her for following her too closely. Upon returning to her car, this same woman switched places with a male passenger and they drove away until confronted by police.

The details of her arrest for DUI in Florida have been all over the news, especially considering she bared her bottom at the arresting officer and stated,  “this is the best you you’ll ever have.” But, there was even more to the arrest of this woman who already had multiple DUI convictions. In addition to her inability to drive safely, and the “show” she gave police, the Florida woman also (allegedly):

Driving drunk is dangerous to the driver, passengers and everyone on the road, which is why states like Florida are increasing penalties for first-time and multiple DUI offenses. Unfortunately, there is still a long way to go to keep the streets safe. With requirements like mandatory ignition interlock installations for first-time offenders, substance abuse evaluations and treatment programs and a “no tolerance” stance from the public, incidents like this can be eliminated.  This story shows us all what not to do when arrested for a DUI, but it makes much more sense to just not drink and drive.