Open Container Laws in Wisconsin: Don’t Even Think about Drinking While Driving.

You are here: Home / Law / Open Container Laws in Wisconsin: Don’t Even Think about Drinking While Driving.
October 21, 2014 by Editorial Staff 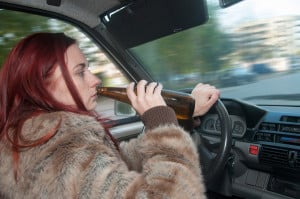 Everywhere you look, you can see progress in the fight against drunk driving.  Drunk driving costs thousands of lives in America every year, but in Wisconsin, there seems to be a higher than average rate of drunk drivers. Almost 40% of traffic fatalities in Wisconsin can be linked to alcohol consumption, showing a lot more can be done to keep the streets safe from drunk drivers. Consequences like license suspension, ignition interlock devices, jail time and high fines may help the problem, but, stricter laws and compliance with federal acts are helping curb drunk driving in Wisconsin, as well.

Only 7 states are not in full compliance with the federal Transportation Equity Act for the 21st Century (TEA-21). This Act presents guidelines for states to follow regarding open containers in motor vehicles and states receive road maintenance funding for compliance. Wisconsin is one of the compliant states, however, and has little tolerance for those who drink while driving.

To make it easier to understand, Wisconsin law states that any container of alcohol that has been opened must be transported in the trunk. For drivers without a trunk, open containers can be stored in a part of the vehicle that doesn’t normally carry passengers and is not the glove compartment.

Even with a simplified open container law, Wisconsin police face cases where intoxicated drivers have alcohol bottles and cans in the main part of their vehicles. When drivers make that choice, they face increased charges. An Eau Claire man was recently hit by a train and then cited for drunk driving, driving without a license or insurance, and breaking the open container law. Even if the driver had not been drinking, he would have been cited for breaking the law if open containers were found outside of his trunk.

Open container laws aim to make traveling safer and causes for accidents easier to figure out. Never drink and drive and, never transport alcohol anywhere but your trunk. It doesn’t get any easier than that.

Previous Post: ← What NOT to do When Arrested for DUI in Florida
Next Post: Wrong Way, Drunk Driving in Michigan →