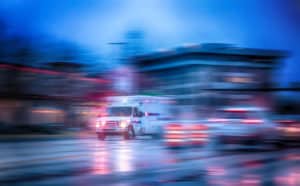 In Arizona, recently noted as a state with perhaps the toughest DUI laws in the US, there’s no getting around a DUI.  The per se DUI BAC of .08 percent (the national standard) still affects regular drivers in court, as well as the .04 percent BAC for commercial driver’s license (CDL) holders. An Arizona DUI doesn’t require a blood alcohol concentration (BAC) reading, however, and there are criminal and legal penalties for minimal-to-no BAC. That all makes it unlikely for you to get away with drinking and driving at all, especially when your BAC is so “super extreme” that you probably can’t even walk… much less drive.

A BAC of .20 percent or higher is considered a Super Extreme Arizona DUI, which is a pointedly apt name considering the “staggering” effects alcohol has on the body at that point. Alcohol drinkers at this stage are disoriented, confused, dizzy, and emotional, as well as lacking in muscular coordination. With their  slurred speech and the inability to walk without faltering, it’s no wonder why these penalties are in a class of their own.

Of course, as previously stated, even a low BAC DUI has its own penalties in Arizona. With minimum penalties including 24 hours to 10 days in jail, fines and costs exceeding $1,500, probation up to 5 years, and much, much more, it’s better to be safe than sorry. When in doubt, just call a taxi. Be vigilant and responsible by not drinking and driving.

Previous Post: ← How to Turn a Colorado DUI into a PDD
Next Post: ICYMI: California IID Pilot Extended, Too →