You are here: Home / Law / A Better, Faster DUI Process for Mississippi?
February 24, 2016 by Editorial Staff 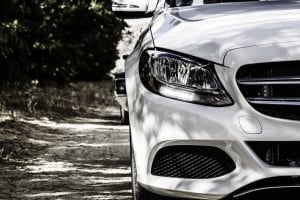 Time is one of the more interesting parts of any legal case. For instance, time can change the blood alcohol concentration (BAC) needed to convict a DUI offender in Mississippi. Or, speaking of DUI in Mississippi, the time it takes to get an alleged offender before a judge could result in the case being dismissed or a plea bargain for a lesser penalties. All of this leads to more people back on the roads after they were probably legally intoxicated and a danger. However, new legislation in Mississippi could soon help to speed up the DUI process and get more offenders off the roads.

Mississippi has been making a lot of improvements in the state’s DUI laws. For example, ignition interlock devices became a requirement for all DUI offenders who qualify for (and who want) a restricted license after a conviction. That change to the law has allowed offenders a better chance at recovery after a drunk driving incident, especially those who could lose their jobs due to transportation issues. Mississippi also relies on the MASEP program to provide educational resources to offenders in order to promote healthy decions when it comes to drinking and driving.

All of these laws and programs help keep drunk drivers from additional offenses and endangering others on the roads. With the proposed legislature that intends to reduce the time in getting an accused DUI offender into a courtroom, the ignition interlock requirement and MASEP program will be able to reach more people and help to steer them in the right direction – away from any further DUI incidents.

Nobody wants a DUI, but even fewer people want to have their lives endangered by the bad decision of another person. With less wiggle room to get around a conviction in Mississippi, everyone comes out a winner, time after time, and we are all better off in the long-term, too.