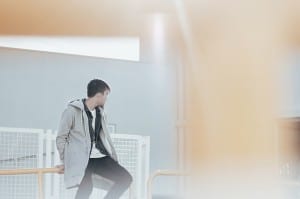 There is an interesting shared history between alcohol laws in the U.S. and federal funding for roads. 1984 was the year that Congress passed the Minimum Drinking Age Act, by which the U.S. declared that the legal drinking limit in all states should be raised to 21. In return for compliance, each state was able to avoid losing federal dollars for highways. 30 years later, we are still seeing how transportation funding can influence states’ decisions when it comes to keeping roads in great shape, and safe from dangerous drivers, in both TEA-21 compliance as well as the everyday efforts of secret shoppers.

Secret shoppers, when it comes to underage alcohol sales, are undercover shoppers who ensure that stores selling liquor or other alcoholic beverages are not selling to anyone under the legal age of 21. In Virginia, for instance, there is an Underage Buyer Program (UBP) that verifies compliance with alcohol and tobacco laws. Since underage drinking is a big risk factor for DUI and other alcohol-related crimes, keeping the drinks out of the hands of minors is vital for safety issues.

These programs are also important to secure federal funding for roads and transportation projects. In states like New York, where DUI laws are some of the toughest in the country, underage alcohol sales are taken seriously, with secret shoppers on the job at all times.

Underage alcohol sales can lead to underage DUI incidents, with consequences that range from ignition interlock requirements to jail time, not to mention the fines and costs involved. With secret shoppers monitoring states for compliance with the Minimum Drinking Age Act and an incentive to keep federal funding for roads, there are far fewer opportunities for a minor to find themselves intoxicated behind the wheel. This means our roads are safe from the danger of drunk drivers, as well as kept in good repair for everyone who continues to drink responsibly.