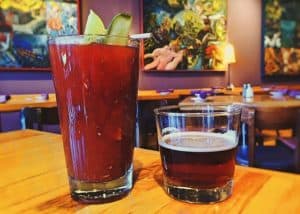 Every state has its own regulations and rules for selling and serving alcohol. Ohio will not let you get a fish drunk and Kentucky says you’re not to drink on Election Day, no matter which candidate you’re choosing. Political commentary aside, we all enjoy a drink here and there, and Sunday brunch is a fine time to imbibe before noon, as long as we aren’t risking a New York DWI, right? Except New York hasn’t been all that fond of Sunday brunch drinkers, an interesting throwback to prohibition laws in the state. But that’s all changing, as New York may allow drinking before noon on Sundays.

One proposed law would allow bars to start serving alcohol at 8am on Sunday (another suggests 11am), a change from the current prohibition of alcohol sales from 3am until noon. While that gives people a chance to enjoy a mimosa at brunch, or perhaps a Bloody Mary, the new law could also encourage more people to risk a New York DWI in search for that “hair of the dog” hangover cure.

Even a person who had a ride home from a bar or club at 2AM could still be legally intoxicated at 8AM. The sluggishness from an early hangover combined with such a small amount of sleep can be confused with still feeling the effects of all those drinks from the night before. That same combination of hangover and fatigue on top of a residual blood alcohol concentration (BAC) level can be just as dangerous as a person leaving a bar with a BAC at or above the legal limit. New York acknowledges the national per se BAC limit of .08 percent, but it also has designations for those who are impaired while driving (DWAI) but are just shy of the legal limit. Plus, New York requires an ignition interlock for all drunk driving convictions.

In other words, just as when you plan to have drinks with friends at a bar or restaurant at night, your brunch should include a plan for a safe ride home, too. You’re no less drunk during daylight, and you can pose just as much of a risk on the roads.