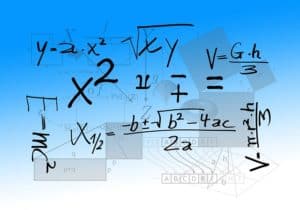 We rely on accuracy when it comes to criminal convictions, especially since each subsequent incident shows that the offender probably hasn’t learned from their mistake or mistakes. That’s why the recent Mississippi DUI fatality case is such a shock, because we assume that by the time a person has five or more criminal drunk driving convictions, they’re no longer able to repeat their crimes. They’re in jail or have had extensive rehabilitation or something to stop them.

Tragically, that was not the case this time. Due to administrative or clerical errors, each drunk driving offense the offender committed that should have been on his record was not. Instead, each Mississippi DUI was considered a first offense, triggering the least restrictive consequences. That happened five times. But that also means that those subsequent convictions, which could have triggered an ignition interlock requirement, did not. The offender would have been using an ignition interlock device and might not have reoffended.

Mississippi isn’t the only state with a problem tracking its DUI convictions. Oklahoma recently passed a new law that consolidates DUI information statewide, closing up similar opportunities for a person to accrue multiple first-offense drunk driving convictions, instead of an accurate list of subsequent offenses.

Because of these (and other) tragedies, the DUI Reporting Act of 2016 has been introduced by U.S. Rep. Steve Cohen (D-Tennessee) and U.S. Rep. Steve Chabot (R-Ohio). The bill contains incentives to encourage the reporting of every Mississippi DUI arrest and conviction record to National Crime Information Center (NCIC). If passed, we can all rest easier knowing that dangerous, habitual drunk drivers will have their crimes accurately counted and the appropriate measures taken to ensure our safety from that day forward.