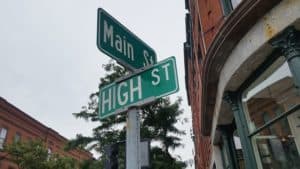 In states where recreational marijuana is legal, it doesn’t come as much of a surprise to see a rise in its use. Since it is legal, like alcohol, people generally follow the same rules of responsible driving when using marijuana. Unfortunately, some people also take the same chances as they do when they drink and drive, thinking that they are okay to drive. Colorado was recently mapped by the Substance Abuse and Mental Health Services Administration as a state that not only has a pot problem, but one with alcohol, cocaine and opioid painkillers. Obviously, this means there’s an extra level of Colorado DUI danger on the roads, as a result.

A Colorado DUI translates to “Driving Under the Influence,” which doesn’t necessarily mean the influence is only alcohol. Any type of substance, whether cocaine, OxyContin or Wild Turkey can be mind-altering. Driving under any of those influences can cause problems with reaction times, judgment and even depth perception on the roads. Lowered inhibitions can cause higher speeds or wrong-way driving. The list of behaviors is exhaustive as well as potentially deadly, and since Colorado is one of only four states that has legalized marijuana, it isn’t too much to assume that maybe the lax perspective on substance use in the state could use a little fine tuning, for safety’s sake.

If you live, work or just play in Colorado, you still have a responsibility to everyone else to remain sober while driving. That means you don’t drink and drive, and you don’t use other substances and drive, either. With strict consequences for a Colorado DUI such as an ignition interlock requirement (no matter what substance you were under the influence of), you stand to lose a lot more than just a night of fun. You could lose your freedom, or cost others the chance to enjoy all types of recreational fun across Colorado.