California RUI: Rafting Under the Influence

You are here: Home / Law / California RUI: Rafting Under the Influence
July 5, 2017 by Editorial Staff 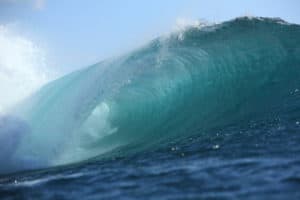 California continues to stand as an example of road safety, particularly where drinking and driving is concerned. The state will fully implement its ignition interlock expansion in 2018, allowing all offenders the ability to access and use the life-saving devices. With such a progressive approach to safety on the roads, it isn’t a surprise that the state also has strict boating under the influence (BUI) laws. However, when it comes to a California RUI, or rafting under the influence, the law doesn’t quite measure up to those other statutes.

The problem is that a raft or an inner tube, those that are commonly seen on lazy rivers or other water recreation areas, are not legally considered “vessels” according to California law. The practice of floating down a river on an inflatable device, beer in hand, may seem like a chill way to spend a summer afternoon, but people can get hurt. Therefore, California RUI laws circumvent the legal definition of what qualifies as a vessel and are just banning alcohol altogether. No alcohol, no out-of-control rafts, no California RUI… no problem.

Shockingly, there are quite a few states wrestling with RUI laws. Georgia allows residents to drink alcohol while rafting, as long as they are within 100 feet from the shore of a lake, pond or other “non-flowing” body of water. The non-flowing part seems to be a key component of these laws, as river currents can cause rafts to move at higher rates of speed, with an obvious amount of danger.  Texas law is ambiguous, and Oregon says no drinking and rafting.

A California RUI may be a novelty, but it can still make life a lot more challenging to navigate. Enjoying time in the sun with friends doesn’t always have to include alcohol, and if there’s even a hint of danger, perhaps leaving the liquor behind is the smartest way to avoid any problems.