Can You Get Deported for a California DUI?

You are here: Home / General Information / Can You Get Deported for a California DUI?
October 25, 2017 by Editorial Staff 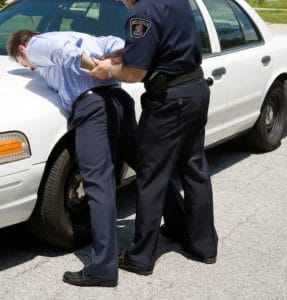 There can be problems with understanding the nuances of the law, particularly when it comes to immigration law. Different visas and permissions to live and work in the U.S. create confusion. Enjoying the occasional happy hour, is a favorite pastime of anyone who lives and works in California or anywhere in the U.S.  But when there are too many drinks and bad decisions that follow, a California DUI can turn into more than a paperwork problem.

It is possible to be deported for a California DUI.

Immigration law, even for those with Green Cards, does not guarantee permanent residency in the U.S., particularly if laws are broken. On top of the administrative penalties for a California DUI (license suspension, ignition interlock requirement) and legal consequences (community service, jail time), there are the consequences that are faced in immigration courts. There is an additional set of eyes on any immigrants in the U.S., and when laws are broken, those eyes can determine the fate of a California DUI offender’s future… including their residency in the country.

Common penalties for a California DUI, including the ignition interlock requirement, must be satisfied in order to resume legal privileges, such as driving. Those same requirements are often used to determine immigration status, so any refusals could weigh against an immigration court decision.

Just like with any other person, whether a U.S. citizen, Green Card holder, naturalized citizen or vacationer, there is no reason to tempt fate when drinking alcohol. The safety of others on the road is the biggest problem with drinking and driving, and when a person has worked so hard to become part of the U.S. population, that person is also responsible for making safe decisions. Losing a Green Card or a driver’s license has no comparison to losing a loved one.

Be safe, drive responsibly, and remember that freedom to drive is a privilege that we can all appreciate, especially when we are away from the dangers on the road.