Can You Lose You Car Over an Illinois BAIID Violation?

You are here: Home / Law / Can You Lose You Car Over an Illinois BAIID Violation?
December 26, 2016 by Editorial Staff 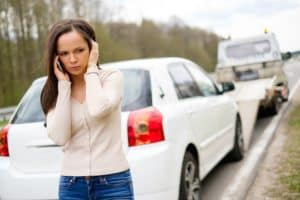 An Illinois DUI may be your life right now, but it isn’t the end of the world. As long as you remain compliant with your BAIID (breath alcohol ignition interlock device) order, you don’t even have to worry about the court seizing your car.

Illinois DUI law spells out your fate pretty clearly. It can be your first DUI, or one of many, but if you have a BAIID, any violations could mean you lose your vehicle. The state can seize it, completely eliminating your ability to drive under the influence in your own car. You’ll also lose your driver’s license.

Any violation will require an explanation and an extension in the program. Three recorded violations means the vehicle will be impounded, while a fourth violation could result in the forfeiture of the vehicle.

Illinois DUI law states that you can install and maintain a BAIID for any DUI conviction, even a first offense. Any violation of that policy will increase your time in the program, if not stricter consequences. If you decide not to install the BAIID, you will have a suspended/revoked license. If you are caught driving on a suspended/revoked license after a DUI, you face a felony criminal charge, high fines and up to three years in jail.

A BAIID is a commitment to remaining sober when driving, and keeping your promise can mean keeping your car and your freedom, rather than face the many consequences for drunk driving in Illinois.