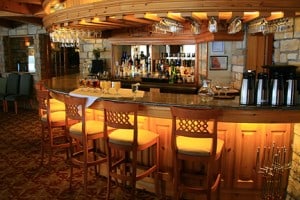 It’s Saturday at 2 am and it’s closing time at your favorite bar. You may think, “If only this place could stay open later!” If this sounds like you, you’re not alone. Many bars and patrons in the state of Florida have been saying the same thing. Bars in Florida are arguing that it would be good for business to stay open later on Fridays and Saturdays. Many bar patrons, especially college age students who go out on the weekends, are eager to see these changes as well. One of the things lawmakers have to consider when deciding on this issue is what the real costs of bars staying open later will be.

In a recent report, Cape Coral, Florida police estimate that if bars are allowed to stay open later on weekends there will be increased rates of disturbances, traffic incidents, drug crime, and drunk driving. In the past year police reports show fewer than 35 DUI cases that occurred between the hours of 4 am and 6 am. If this new regulation passes that number is expected to jump to around 100 DUI cases during these hours. Another problem that was raised by this report was the increased need for police officers on patrol during these hours. These extra officers would cost the city around an extra $120,000 annually.

Still, others argue that allowing bars to stay open later wouldn’t cause too many changes. Many bar owners insist that DUIs and other drinking related crimes already exist with bars closing at 2 am, and the people who commit them are going to commit them at 2 am or at 4 am. They still maintain that the increased business and potential for economic growth outweighs any perceived negative consequences.

The department that released the report has yet to answer concerns regarding their study since it was just released. As more information becomes available and more studies are conducted it may become easier to predict the consequences of allowing bars to stay open later.