College Freshmen and Alcohol Use

You are here: Home / General Information / College Freshmen and Alcohol Use
September 20, 2013 by Editorial Staff 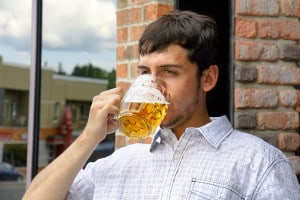 Sending a child off to college for the first time is an exercise in joy and sadness for parents. As a newly-crowned adult, college freshmen can expect to be confronted with many life choices, and often without the guidance of a parent or caregiver. This newly found freedom can be a tremendous time of personal growth and fun, but can also come with the first opportunities to make riskier choices, including underage drinking, binge drinking and drinking and driving.

The “traditional” college freshman enters into school at age 18, three years younger than the legal drinking age of 21. Surrounded by other students with access to alcohol, and away from the watchful eyes of parents, these students have the ability to drink without worrying about the consequences of their actions. College drinking studies show that 8 of 10 freshmen have consumed alcohol, with many reporting they have had more than five drinks in a week. Moreover, almost half of college freshmen have admitted to binge drinking. While none of these statistics may be surprising to onlookers, the reality of underage drinking can have lasting, and devastating effects.

Binge drinking can lead to serious consequences, and as an underage drinker, many college freshmen may not understand the effect alcohol has on their judgment. The American Medical Association compiled data regarding alcohol-related problems for binge drinkers, finding that hangovers and missing classes were just the beginning of these issues. Students in the AMA survey also confided information about sexual assault related to binge drinking, having unprotected sex, physical fighting and drinking and driving. For binge drinkers, the amount of alcohol ingested at a rapid rate quickly leads to an inability to make responsible choices. Unfortunately, many college freshmen, once caught up in drinking, never reach their full potential due to the choices they have made while under the influence of alcohol.

Educating these young adults about the dangers of binge drinking can have a powerful effect on the choices they make once in college. If a student understands the risks involved in underage drinking, binge drinking and drinking and driving, he or she is more likely to make smarter choices regarding their own sobriety. By keeping the lines of communication open, and through understanding the temptations that could prevail when a college student first leaves home, the problems and life-long struggles related to college freshmen and alcohol use could be reduced or eliminated.