How to Cut DWI Costs in Missouri

You are here: Home / General Information / How to Cut DWI Costs in Missouri
January 18, 2016 by Editorial Staff 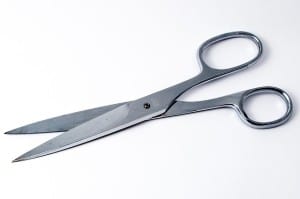 A first-time drunk driving conviction in the U.S. can cost $10,000, on average. It is a vague cost, at best, considering all that goes into a DUI or DWI conviction. In Missouri, that $10,000 DWI can actually cost at least $40,000, when you consider that attorney fees vary and bail can be set at different dollar amounts. $40,000 in Missouri, and anywhere, is a lot to pay when you’ve had one too many drinks at a bar. There has to be a way to cut down the cost of a Missouri DWI, right?

*With an ignition interlock device, an offender can remain employed. That reduces any loss of wages after a DWI, a cost that isn’t usually figured into the final tally.

So, how do we cut DWI costs in Missouri? By only driving when sober, calling a taxi when we’ve had too much to drink or grabbing a designated driver before we head out to the bar. At the end of the day, $40,000 is a high tax to pay on that “one for the road,” and the cost of responsible driving is a better, fiscally conservative plan, by far.

The financial cost of a DWI in Missouri is one of the biggest reasons to drive sober, but it is not the most important reason. A drunk driver can cost others their lives on the road, and there is no paycheck that can ever make up for that sort of loss. Reducing the tragedy of drunk driving is at the top of the list of reasons to drive sober in Missouri, a state where impaired drivers cause 30 percent of fatal traffic accidents.

Whether you are concerned about the money, the ignition interlock or the emotional cost of a DWI, it just makes sense to drive sober in Missouri. There’s no better way to save $40,000 and the lives others on the roads you travel.