The Dangers of Drinking and Biking: BAC and your Bike

You are here: Home / General Information / The Dangers of Drinking and Biking: BAC and your Bike
November 14, 2014 by Editorial Staff 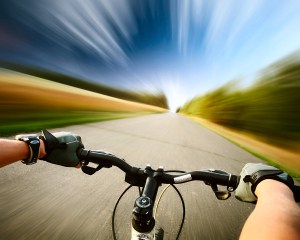 An alarming number of people are biking drunk. While we are used to thinking of intoxicated people either stumbling around or getting behind the wheel of a car (a far more dangerous choice), there are also plenty of bicyclists jumping onto their bikes after knocking back a few drinks. And, these bicyclists are getting into accidents. Many are dying.

While the percentage of drunk driving fatalities has basically remained the same for the past few years, the number of bicyclist fatalities increased 16% between 2010 and 2012. Most of these deaths happened in only 6 states: Texas, New York, California, Michigan, Florida, and Illinois. Those states have notably large cities and experts suggest that urban centers are a factor in the statistic. Bicycling is a growing trend, especially in cities with populations concerned about the effects of car pollution. As more bicycles hit the road, more bicyclists seem to be biking drunk.

More than a quarter of bicyclists killed on our streets in 2012 had a blood alcohol concentration (BAC) level of .08 or above; the national BAC for legal intoxication. If those bicyclists had survived a car crash with that same BAC, they likely would have been ordered to use an ignition interlock device to make sure they couldn’t drive drunk again. You can’t get an ignition interlock on a bike, but you can make sure you don’t drink and bike.

Since 84% of bicycle fatalities in 2012 involved riders age 20 and older, it’s safe to assume that many adults are choosing to combine bicycling and drinking rather than driving and drinking. Unfortunately, the same problems that make driving while intoxicated dangerous still apply on a bicycle. Judgment is impaired, eyesight may get blurry, and cognitive abilities are diminished. Most importantly for bicyclists, balance is thrown off by drinking. The ability to balance a bike is imperative to riding well. Drinking makes the ability to balance go right out the window.

Drinking and driving is dangerous, but drinking and biking is proving to be dangerous, as well. If you bike to your favorite drinking hole, just call a cab to go back home. Your life is worth the cab fare.