Designated Drivers and More: Couples Who Drink Together, Stay Together

You are here: Home / General Information / Designated Drivers and More: Couples Who Drink Together, Stay Together
July 14, 2017 by Editorial Staff 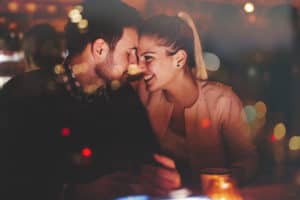 Designated drivers, listen up. Many great relationships began under the influence of a few drinks with friends. Science says there’s more to drinking and being in love than the lowered inhibitions offered by those shots and sips. There is evidence that all couples, young and old, have a stronger relationship when drinking together. Plus, the research corroborates that a stronger relationship with one’s partner leads to better health and happiness overall. Thus, drinking with your love will increase your quality of life, as well as the length, no matter how old you are.

This same study shows that couples who drink together find the most satisfaction with a spouse who drinks the same quantity of alcohol at the same pace. So in couples that have a heavy drinker and an occasional drinker, less closeness is built. Instead, more dissatisfaction within the relationship has been found. Designated drivers, however, can help bridge that divide, or at least keep couples safe from the dangers of a DUI.

There is something else couples can do to increase the quality and length of their lives, at least where alcohol is involved. Couples can be the first line of defense against drunk driving and DUI dangers, simply by being each other’s designated drivers. Having a partner-in-crime means you share all of the highs and lows and responsibilities for each other. It could also mean you share the consequences of a DUI, specifically an ignition interlock device on a shared vehicle.

A DUI doesn’t just affect the person with the conviction. There are financial considerations, like court costs and lost wages, as well as shared auto insurance costs and household considerations. There is the mental and emotional stress from the incident that can affect the entire household. Rebuilding a life after a DUI requires more than just the offender, and many families find that process challenging.