Your First Texas DWI: Got an Ignition Interlock Device?

You are here: Home / Law / Your First Texas DWI: Got an Ignition Interlock Device?
July 17, 2017 by Editorial Staff 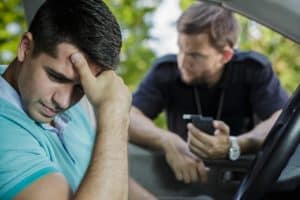 The consequences for a first-offense Texas DWI conviction used to be pretty clear – as long as your blood alcohol concentration (BAC) was on the low side of the spectrum. The state enforced the least restrictive consequences in hopes that you would have an easier recovery after the conviction, and maybe enough incentive to not try to tempt fate again. So you may have had some jail time and a license suspension, but that was about it.

With a first-offense Texas DWI, you also have the option of DWI probation. Instead of serving 72 hours to six months in jail, you could face up to two years of probation. Your probation could include:

Texas Transportation Code – TRANSP § 521.246: (a) If the person’s license has been suspended after a conviction of an offense under Sections 49.04-49.0849.08, Penal Code, the judge shall restrict the person to the operation of a motor vehicle equipped with an ignition interlock device.

(c) The person shall obtain the ignition interlock device at the person’s own expense unless the court finds that to do so is not in the best interest of justice and enters that finding in the record. If the court determines that the person is unable to pay for the device, the court may impose a reasonable payment schedule for a term not to exceed twice the period of the court’s order.

(d) The court shall order the ignition interlock device to remain installed for the duration of the period of suspension.

With a new, state wide expansion in 2015, a first-offense Texas DWI now means that you can skip your license suspension, as long as you install and maintain an ignition interlock device. Previously, only first-offense Texas DWI convictions with a BAC of .15 percent or higher or multiple offenses had ignition interlock requirements. That meant even those first-time offenders were given fewer opportunities to get their lives back together after a conviction.  That paradox has been fixed with the new ignition law that covers all DWI offenses.

Previous Post: ← Designated Drivers and More: Couples Who Drink Together, Stay Together
Next Post: Your First Iowa OWI is a Big Deal →