You are here: Home / Law / Don’t Be That Guy: Nebraska Underage DUI
November 27, 2017 by Editorial Staff 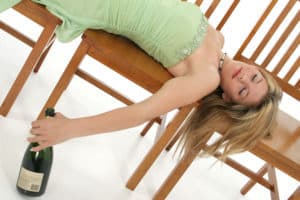 Under 21? You may want to rethink your weekend plans, especially if you want to avoid Nebraska underage DUI troubles. You must be at least 21 years old to drink alcohol in the Sooner State, and while we all know that is not a law people pay attention to, there are reasons to really weigh your options before you head out for a night of underage drinking.

Nebraska underage DUI drivers are responsible for 12 percent of drunk driving fatalities in the state.

A Nebraska underage DUI means that you have been caught driving a vehicle (even a bicycle) with a blood alcohol concentration (BAC) of .02 percent or higher. That amount of alcohol is generally less than a standard drink, and is usually not enough for a person 21 or older to be charged with a Nebraska DUI.

For a first-time conviction, you could face up to 60 days in jail, a $500 fine, and six-month license suspension.

For a second-time conviction, you could face up to six months in jail, a $500 fine, and a one-year license suspension.

Additional charges that can occur as a result of your underage DUI include:

On top of that, you have to worry about an ignition interlock requirement, how a DUI will affect your insurance, and what your parents may say or do.

Staying sober may not seem like the most fun thing to do, but there are legal and safety reasons why you are encouraged to wait until you are old enough to drink. Not only can you avoid hangovers and the hassles of the next morning, but you can also ensure that you are not at risk for any type of Nebraska underage DUI to damage your future.

Previous Post: ← Stiff Penalties for Illinois Underage DUIs
Next Post: How Far Can an Oklahoma Underage DUI Take You? →