How Far Can an Oklahoma Underage DUI Take You?

You are here: Home / Law / How Far Can an Oklahoma Underage DUI Take You?
November 28, 2017 by Editorial Staff 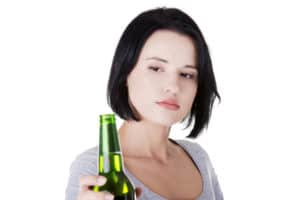 It used to be that people would take a “kids will be kids” attitude toward any type of underage drinking. Unfortunately, that attitude has almost encouraged those same kids to drink and drive. Alcohol impairment and beginner driving skills are a deadly combination. Oklahoma underage DUI laws and penalties reflect the severity and danger of those under 21 who drink and then assume they’re okay to drive.

Even a tiny amount of alcohol can be enough for an Oklahoma underage DUI charge. Across the U.S., there are Zero Tolerance laws that forbid anyone under 21 from consuming alcohol. Oklahoma not only has zero tolerance for underage drinking, the state takes any attempts to drive under the influence very seriously.

Penalties for a first-time Oklahoma underage DUI include:

For a second Oklahoma underage DUI, your penalties increase dramatically. You could be sentenced to jail for up to five years (one-year minimum) with a $2,500 fine and six-month driver’s license suspension.

Oklahoma also requires ignition interlock devices for all DUI offenses, which means that your freedom to drive will be impacted, along with your parents if they own the vehicle you drive. However, there are DUI diversion programs that may allow you to expunge your record if you have an interlock installed and complete the other requirements of the program.

Steering clear of drunk driving is one of the easiest choices we have in life. While there are obvious temptations to drink, even if you are not legally allowed to, you are really making choices that can affect the rest of your life, as well as anyone else in your path.