You are here: Home / Resources / Don’t Attempt to bypass that Ignition Interlock!
July 10, 2015 by Editorial Staff 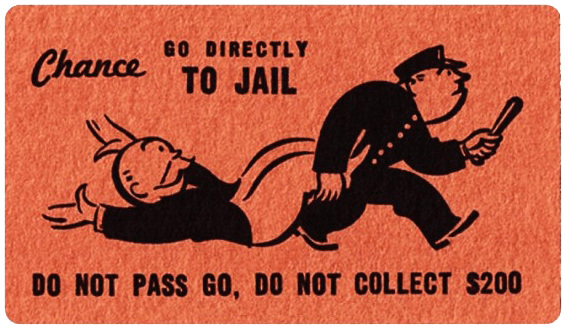 Learning from mistakes isn’t fun, especially since that means admitting the mistake in the first place. Like when you get a DUI and are faced with a long-term license suspension or an ignition interlock requirement.

You can be stubborn and refuse the device, fearing its amazing capacity to keep you sober behind the wheel of the car you’re still allowed to drive, just because you don’t want the hassle. You can refuse the reliable technology that keeps your life moving ahead, if you really want. But, attempting to bypass an ignition interlock is quite a bit like that old GO DIRECTLY TO JAIL card in Monopoly – because you probably will.

Why take a chance? There’s no better way to admit a mistake than by doing the right thing and changing your ways, benefiting yourself and everyone on the roads.

Not only are bypass or tampering attempts always detected, recorded, and reported; the courts, motor vehicle divisions, and society as a whole will no longer give you the benefit of the doubt. You will now be considered a criminal instead of a person who made a mistake.

Instead of taking on more frustration in your life after a DUI, consider the benefits of an ignition interlock device. You’re driving yourself around in your own car, proving your sobriety each time you start your engine (and then some!). You maintain your freedom, your job and your other pursuits of happiness. Thinking about trying to bypass an ignition interlock requirement is foolish and another mistake that you can easily avoid.