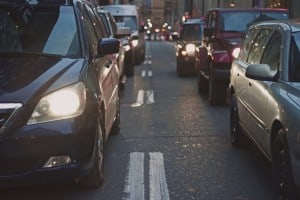 Since the number of states requiring ignition interlocks for drunk driving offenders is increasing, there are plenty of reasons to celebrate the devices. Of course, nobody faced with the interlock requirement is really in a celebratory mood, they’ve been convicted of a DUI or other intoxicated driving offense and now have to choose between legally driving with an interlock, or memorizing a bus schedule to get around. In states like Maryland, however, the facts about ignition interlock devices are a cause for celebration, even with the frustration of DUI or DWI offenders: Maryland ignition interlock devices work hard to reduce the number of drunk drivers on the road.

The Maryland interlock law is a “turn key” solution to drunk drivers, especially with the administrative license revocation (ALR) policy. If a person is charged with drunk driving, their license is immediately suspended by the MVA and the only way to drive legally is with an ignition interlock installed (if eligible). From there, the DUI offender can face additional interlock requirements that are court ordered after a judicial trial – so, either way, a drunk driver in Maryland will face an interlock requirement, and those policies are proving to be effective in reducing any further drunk driving incidents.

It is noted that one reason Maryland’s interlock program is so effective is the ALR aspect that quickly gets the devices on the cars of DUI offenders. Plus, those same offenders are less likely to lose their job or fall behind on family obligations because they are able to continue driving. The increase in ignition interlock requirements for drunk driving offenders across the U.S. is proof that lawmakers, judges, and law enforcement give the devices a big “thumbs up” for making their jobs easier… and we do the same for making our lives and our drives just that much safer.

Don’t Attempt to bypass that Ignition Interlock!
Next Post: Don’t Blow it, Mississippi! Your Bogus Breath Sample and Your Interlock