Get Smart and Get an Ignition Interlock

You are here: Home / Resources / Get Smart and Get an Ignition Interlock
July 9, 2015 by Editorial Staff 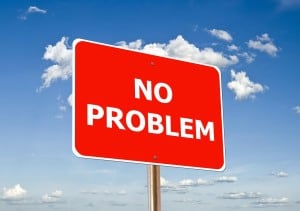 There’s a saying that gets thrown around a lot about insanity and doing the same thing over and over again. It’s kind of like when you drink and drive and think you’re not a danger to others. Eventually, that leads to a DUI or drunk driving conviction, where you have little choice but to change your ways. In fact, in most states, you can make one more choice after  DUI – to lose your license or install an ignition interlock device. It’s always good to have choices in life, to create change, and what better way to change than with an ignition interlock. You don’t want another DUI, and interlocks are how you prevent it.

The smart choice isn’t always the easiest choice, but in the case of an interlock, they do make your life easier. You don’t have to ride a bus or pay for a taxi to get around, and your friends aren’t annoyed with you when you need a lift. Your ignition interlock makes you look smart after a DUI, because you are smart. You’re choosing to take control of your life, move beyond your bad judgment and secure a future that includes sober driving, even after the interlock is removed.

Doing the same thing over and over again and expecting different results isn’t smart, and that’s where an interlock helps you break the cycle and start over again. Your life with an interlock can get frustrating, but, once you serve your time with it, you’ll be in a much better position to move ahead in life.

Do What? New York and your DWAI
Next Post: Don’t Attempt to bypass that Ignition Interlock!