Do What? New York and your DWAI 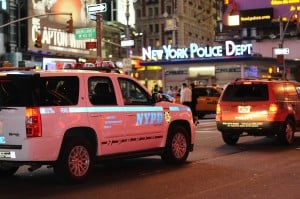 Ever feel like you just can’t catch a break? Like the world is waiting for you to stumble and fall, while you feel less than intoxicated on the daily grind and ready to throw in the towel? Bad days happen, and maybe you’re at a bar, just trying to de-stress with a drink or two after a hard day. You know you’re already having a bad day and the last thing you need is to cross a line into a DWI. So, you responsibly sip your drink, catch a little buzz, feel a little lighter and get behind the wheel of your car.

Unfortunately, in New York, this is still a crime, especially if your “buzz” hits the .05 blood alcohol concentration (BAC) limit.

New York is strict on drunk drivers… all drunk drivers, even those with just a little buzz. Instead of a DWI charge (.08 percent BAC), your BAC could land you in court for a DWAI, or “driving while ability impaired.”

It gets even better: with “Leandra’s Law,” New York does not discriminate between a DWI or DWAI when it comes to your ignition interlock requirement.  So, your frustration at your day that led you to the bar has now handed you a commitment to sober driving and an interlock to prove it. It could be worse, though:  you could be in jail or the cause of another person’s tragedy.

Since life throws everyone curve balls, it is nice to know that we all have control over things like drinking and driving. There’s never a need to make a bad day worse by racking up a DWAI, DWI or ANY drunk driving charge. Catching a break starts with your decision to remain sober when driving, or to find a safe ride home after drinking. From there, a “buzz” isn’t a big deal, and you see how much control you do have over your life, and the lives of others. 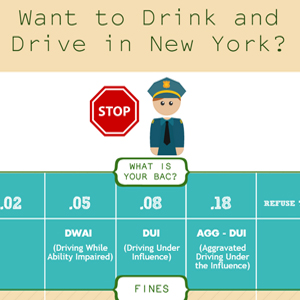 Infographic by LifeSafer, Inc.
To view the original post, see the LifeSafer Blog.

Easy, Peasy, DWI Squeasy: New Mexico and the Drunk Busters
Next Post: Get Smart and Get an Ignition Interlock