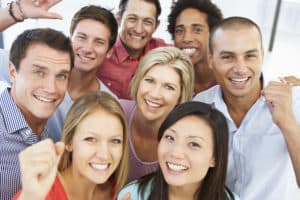 No news isn’t always good news, particularly when it comes to Iowa OWI laws. Legislation introduced this year to expand Iowa ignition interlock access has not been moving forward. Unfortunately, this is a common story across the U.S., as Florida recently introduced similar legislation and that has since stalled in the process. Can Ignition interlock expansion really help decrease the number of Iowa OWI incidents? Absolutely. How do we get the message out? With facts.

104,243 Iowa OWI incidents were prevented by ignition interlock devices over the last decade, 15,017 of those attempts in 2016, alone.

In 2015, almost 14,000 Iowans had a suspended license because of an OWI charge or conviction. Suspended licenses may send a strong message about the risks of drinking and driving, but they do nothing to prevent a person from actually driving. Unfortunately, that also puts us at risk for a person with a suspended license taking another chance on an OWI, the same mistake they made to have their license taken away. Ignition interlock devices, however, allow those offenders to keep driving, but only if they are sober while doing so.

An Iowa OWI can cost upwards of $10,000, not to mention lost wages that could result from a suspended license and transportation difficulties.

Ignition interlock expansion will help keep Iowa and the rest of the U.S. safe, and with each state that signs on, we get to experience just how safe our roads can be. Until we’ve got each state locked in, we can still do our part to ensure people (and ourselves) are finding safe rides home when drinking. There wouldn’t even be a need to change Iowa OWI or any drunk driving laws if we all used the same amount of thought for a safe ride home that we do when choosing our alcoholic beverage for the night.

Be heard and let your Iowa legislators know where you stand on ignition interlock expansion!