You are here: Home / Opinion / Are DUI Checkpoints Risky?
August 30, 2015 by Editorial Staff 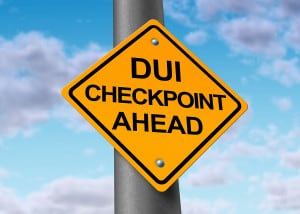 When you’re riding around after a night of fun, there’s always a bit of risk on the roads. You don’t know if the driver beside you has been drinking or has a designated driver like you do. As a completely preventable crime, it is shocking when you consider how many drunk drivers haven’t gotten the message. Not only are they “armed and dangerous,” so to speak, but they might also avoid the “risk” of a DUI checkpoint by sticking to less-traveled roads… like those in your neighborhood.

Drunk drivers see DUI checkpoints as risks because they don’t want to get caught. They don’t want to go to jail, pay fines or have an ignition interlock requirement. Some like the thrill of getting away with a crime, and others are just too drunk to realize the danger they pose. A DUI checkpoint seems less of a risk and more of a challenge to avoid, one with deadly consequences for the rest of us driving responsibly.

Even with the imagined risk a DUI checkpoint holds, they are successful. DUI checkpoints find drunk drivers, and those who may have existing arrest warrants or other violations. DUI checkpoints aren’t around to hassle responsible drivers and they’re a big reminder that the only way to keep the streets safe is to drive safely.

The next time you hear about a DUI checkpoint or see one ahead of you, remember that the idea is to keep traffic moving and remove dangerous drivers from the road before something devastating happens.  You may not know if that other driver has been drinking, but you can trust that any law enforcement officer at a DUI checkpoint will know, and will take quick action to remove the real risk from the road: an intoxicated driver.

Maryland’s 5 Year DUI Lookback Period
Next Post: 55 Years to Look Back on your New Mexico DWI