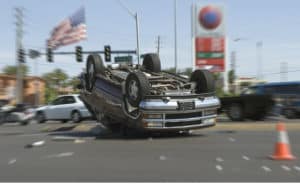 Law enforcement officers are on the line each day, on the lookout for signs of impaired driving when patrolling the streets. They have to constantly make judgments about whether or not to pull someone over, and they cannot do so on a whim. Legally, the officer must have “reasonable suspicion to stop the vehicle,” like traffic violations or obviously dangerous driving. However, there are other times when an officer has the responsibility to pull a driver over and check the situation.

Certain situations are easier for law enforcement, like checking for DUI (driving under the influence) signs. If a car accident occurs, officers must check for causes and influences beyond what we may see, and what the people involved tell them, including sobriety testing outside of a blood alcohol concentration (BAC) check or breathalyzer.

Reasonable suspicion to stop a vehicle has to come from an observing officer, not just a bystander who alerts authorities.  Only after observing the reported vehicle and witnessing erratic driving can the officer pull the person over. Law enforcement officers are trained to see plenty of signs of intoxicated driving that citizens may not.

Reasonable suspicion to stop a vehicle could mean a driver is:

·        Almost hitting another vehicle or other object.

There are reasons aside from alcohol that could cause you to drive as though you are impaired. For those with an ignition interlock, pulling over for a rolling retest can help keep any driving dangers at bay, too. However, it is the alcohol that makes those oops moments a lot more dangerous. Reasonable suspicion to stop a vehicle allows law enforcement the discretion of looking further into a potentially dangerous driving situation and determining whether that driver should actually be allowed behind the wheel of a vehicle, or in the back seat of a squad car.