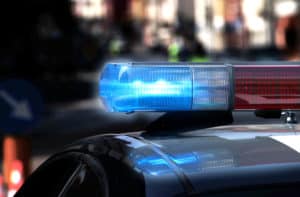 Higher drunk driving arrest rates don’t always mean more drunk drivers. Austin DWI numbers are rising, but not necessarily because more people are driving while intoxicated. It seems that there are more Austin DWI charges and convictions because law enforcement is stepping up efforts in order to increase safety on the roads. That’s one big reason we can support for those higher DWI statistics.

Contrary to popular belief, Austin DWI numbers didn’t rise after Uber and Lyft were ushered out of the city, either. Austin police data further shows that DWI fatality rates declined after those services were no longer available. To drive home the point, Uber and Lyft are now operating there again, giving us all a chance to compare numbers.

According to Austin DWI data, “there were 359 DWI arrests from May 9, the day Uber and Lyft shut down, to May 31st… during the same time period (in 2015), there were 334 arrests. That’s a 7.5 percent in the weeks following their departure.”

There is a chilling reality in all of this – that when we see the numbers roll in about lower DWIs, the spin can be misleading. Fewer drunk driving arrests and convictions don’t always add up to fewer drunk drivers on the road. What it likely means is that there aren’t enough resources to keep drunk drivers in check. A solution to that problem is pretty clear, and when we rely on the technology in devices like ignition interlocks, law enforcement resources are able to go after other, perhaps more “hands-on” criminals. More ignition interlock devices also mean fewer DWI arrests and convictions.

For whatever the reasons turn out to be, we are just glad that Austin DWI rates are rising, because that means that more effort is being placed on reducing those numbers.