Is “Emma’s Law” Enough to Reduce DUIs in
South Carolina? 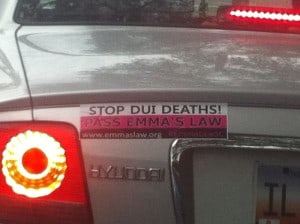 When a new law is implemented, it can be hard to see the results of such a strong effort in a limited amount of time. For instance, in South Carolina, “Emma’s Law” went into effect on October 1, 2014, requiring ignition interlock devices for all first-time offenders with a high blood alcohol concentration (BAC). Four months later, a report by the National Highway Traffic Safety Administration (NHTSA) states that deaths in the state attributed to drunk driving rose to 44 percent… making South Carolina the top state for drunk driving fatalities.

These numbers don’t really add up, and here’s why:

Ignition interlock devices are proven to work and to reduce the rate of repeat offenses by 67 percent. The impact of “Emma’s Law” on the drunk driving statistics in South Carolina remains to be seen, but, if an ignition interlock device keeps even one person from a tragic accident, all of the effort has been worth it. Plus, other states with similar laws have seen significant drops in their statistics. Perhaps with “Emma’s Law” in place, South Carolina can slide back down the rankings for alcohol-related traffic fatalities, and inspire every other state in the U.S. to do the same.

Previous Post: ← Minnesota DWI Restrictions Up for Discussion
Next Post: The Truth About the Florida “DUI Flyers” →