What to Expect with a Second Mississippi DUI

You are here: Home / General Information / What to Expect with a Second Mississippi DUI
June 1, 2016 by Editorial Staff 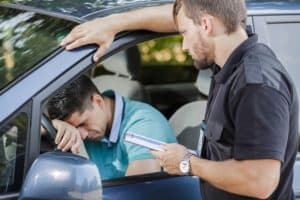 The messages against drinking and driving are making the rounds in Mississippi these days. Recent changes to the state’s DUI laws require an ignition interlock device for any offender who wants to reinstate his or her license, including first-time DUI offenders. When it comes to a second Mississippi DUI conviction, the stakes are raised, and an ignition interlock device is only a part of the recovery process.

Mississippi has a lookback period of five years, so only those offenses that happen within that time are counted in the total DUIs a person can be held accountable for. However, there are both administrative and criminal penalties for a second Mississippi DUI.

Administrative penalties for a second Mississippi DUI include:

Administrative penalties are restrictions placed on your license through the Mississippi Department of Public Safety (DPS). Criminal penalties (those handed down by a judge) for the second DUI include:

You could also be ordered to forfeit your vehicle with a second Mississippi DUI.

It goes without saying that a DUI comes at a heavy price, no matter the state in which it occurs. In Mississippi, with the new law that expanded access to ignition interlock devices, it is clear that there is little tolerance for anyone who drinks and drives, much less a person who continues to show bad judgment where alcohol is concerned. The state may not have a lengthy washout period (some states look back 10 years, or count all DUIs for the lifetime of the driver) but it has a pretty tough take on what happens when you do drink and drive.