You are here: Home / Law / Why Fight for Tougher Maryland DUI Laws?
September 9, 2015 by Editorial Staff 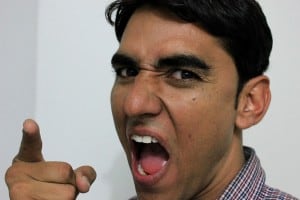 Until you have been the victim of a drunk driver, you may not understand how important it is to increase the penalties for such a preventable crime. Maryland may have a strict view on drunk drivers, but, the state still has plenty of room to go to truly prevent the devastation they cause. That could mean that Maryland will be the next state to adopt an all-offender ignition interlock requirement for drunk drivers, giving residents peace of mind and showing DUI victims that their struggles are more important than allowing drunk drivers the freedom to drink and drive again.

Currently a first-time drunk driver in Maryland is only required to install an ignition interlock if they were convicted with a blood alcohol concentration (BAC) of .15 or higher. Any other DUI suspect or offender can apply to drive with an ignition interlock through the Maryland Motor Vehicle Administration, or wait out a license suspension period and possibly drive again. Unfortunately, the latter of the two leaves too much chance for a second DUI.

With all-offender ignition interlock laws, like those in neighboring Virginia, a drunk driver has no choice but to install and maintain an ignition interlock device in order to drive. That leaves no room for error after a DUI, and by the time the interlock is removed, the offender has learned a big lesson about drinking responsibly. Plus, an ignition interlock requirement for a first-time DUI offender helps an intoxicated person make the right choice when drinking: to call a taxi or find a safe ride home.

Victims of drunk drivers can spend days, weeks or a lifetime recovering from the actions of a drunk driver. When states increase the penalties for DUI, they are taking away the freedom to hurt others and putting the focus on the rights of other law-abiding citizens, right where it should be.

Safer Streets Thanks to This Mississippi DUI Officer
Next Post: Affording the Price of an Ignition Interlock