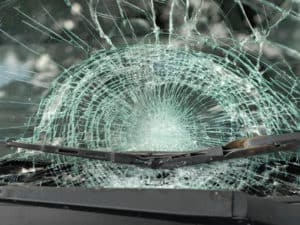 A three-year-old boy is dead, and his baby sister is suffering serious injuries after a repeat drunk driver struck their family. Could this death have been prevented by the proposed new Florida DUI law that mandates all first-time drunk drivers to install an ignition interlock device? Probably so, which is why it is time to pass that law, Florida.

Jacob Bustos, the three-year-old boy, died from his injuries at the hospital while his baby sister, not yet one-year-old, has suffered serious injuries.  The drunk driver has a history of driving under the influence and was previously charged with a Florida DUI in 2015.

The Florida Legislature has an opportunity to save lives and protect residents and visitors from drunk drivers. Florida representatives authored legislation that would require all drunk driving offenders to install an ignition interlock device in their vehicle for six months. MADD Florida hopes lawmakers will take action in 2017 to pass legislation making Florida the 29th state with this lifesaving law.

Every day, 28 people in the United States die in an alcohol-related vehicle crash—that’s one person every 51 minutes. Ignition interlocks installed in cars measure alcohol on the driver’s breath. Interlocks keep the car from starting if the driver has a BAC above a certain level, usually between 0.02 – 0.03%. Interlocks are used for people convicted of drunk driving and are highly effective at preventing repeat offenses while installed. Mandating interlocks for all offenders, including first-time offenders, will have the greatest impact.

Let’s all make an effort to contact Florida state lawmakers and voice our support for ignition interlock expansion. Together, we can help protect families from the devastation of losing someone to a Florida DUI. Let this lifesaving technology do its job and help us create a state — and a nation — of No More Victims.