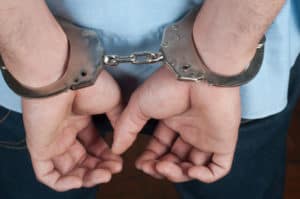 As the law stands now, alleged drunk drivers must follow directions through two different groups within West Virginia. The criminal charges against the driver are handled through magistrate court. The proposal suggests that license revocations be handled through the court system. License suspension is critical because it serves a swift consequence for people who make the choice to drive drunk. West Virginia’s current administrative license suspension law is a model for the nation. It allows for, but not does mandate, offenders to immediately go on an ignition interlock device instead of an unenforceable time or route-restricted license.

In the past decade ignition interlock devices have stopped 24,331 attempts to drive drunk with a blood alcohol concentration of .08 or greater.

If SB 212 were to become law, there would be fewer license suspensions and fewer offenders using an ignition interlock device, which would lead to more drunk drivers on West Virginia roadways. As a result, this bill is detrimental to public safety.

Supporters of the bill say eliminating the office would save the state $3 million yearly.  Those opposed say the court system is already overwhelmed, especially because of the drug epidemic, and not equipped to handle the licensing element of DUI cases. Opponents say that when a driver is charged with DUI, regardless of what happens with charges in the criminal justice system, the driver can still be reprimanded by losing his/her license if the OAH feels there is enough evidence to revoke a license after a hearing process. If the office is closed, that will mean a layer of protection lost for the driving public.

Since 2008, drunk driving offenders who seek driving privileges during the revocation period must use an ignition interlock through the state’s Test and Lock Program, which is regulated by the DMV.

The revocation period, and granting driving privileges only with an ignition interlock, is critical to protecting the public and the driver from the potential for repeat offenses. In fact, West Virginia has reduced drunk driving fatalities by 50 percent since enacting its ignition interlock law in 2008. Altering the license revocation law in any way would turn back the clock and put more lives at risk in West Virginia. Contact your local legislative office to urge your representative to reject SB 212 or any proposal that would weaken West Virginia’s drunk driving law.