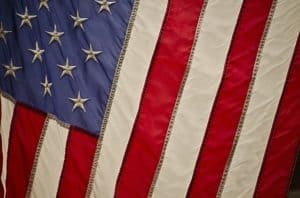 As Election 2016 is finally coming to an end, we can’t blame anyone for wanting a drink. During the last few months, we’ve endured the Facebook meme wars, family arguments, and neighborhood rallies, seemingly to no end. Finally, a reprieve is in sight, and it isn’t from Election Day alcohol sales, but from the end of the election season itself.

Some states have changed their laws to allow Election Day alcohol sales, a modern reversal of prohibition laws in the 1920s and 1930s. During the prohibition era, election voting booths were in bars or saloons and some not-so-straight-laced candidates would bribe voters with alcohol in order to swing votes their way. Even though prohibition of Election Day alcohol sales was repealed on June 24, 2013, two states (Kentucky and South Carolina) chose to retain the outdated law.

This year, McCracken County, Kentucky will be opening their liquor stores on Tuesday, November 8th, 2016 during the hours of 6AM to 6PM for the first time in almost 100 years. The decision was handed down to keep up with similar laws in surrounding counties. Seeing the benefit of collecting tax money on that day, McCracken County joined the modern movement for alcohol sales. We can only speculate that Election 2016 may have added a little more incentive on top of the additional county funding, but the reasons behind the new laws aren’t nearly as important as the reminder to stay safe and plan ahead for election night celebrations.

The last thing you want on election night is a DUI and an ignition interlock requirement.

No matter your choice for President this Election Day, when we’re heading to the polls, let’s all keep our wits about us. The memes, Twitter battles, and rallies will be over, but definitely not forgotten. Don’t drink and drive, and let’s get ready to celebrate the END of Election 2016. Just remember, someone will inevitably be loud and unhappy the next morning, and we can all safely blame that on those Election Day alcohol sales, not the election itself.

Previous Post: ← The Effect of Alcohol at Different BAC Levels: What to Expect
Next Post: 99 Years in Prison for a Texas DWI →