Giving Thanks for Sober Drivers

You are here: Home / General Information / Giving Thanks for Sober Drivers
November 22, 2013 by Editorial Staff 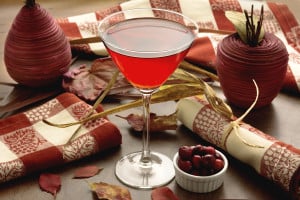 Any holiday or celebration is always considered a dangerous time for drivers on the road. The festive environment that happens throughout the year on those special calendar days is always a good excuse to drink a few beers and head home after a party. However, drinking and driving is never a smart choice and as we head into the big holiday season, it may be surprising to know that the night before Thanksgiving is statistically the most dangerous night of the year.

With a long weekend ahead, many people begin their Thanksgiving celebrations early. Considered the biggest drinking night of the year, Thanksgiving Eve or Blackout Wednesday is a dangerous time for anyone out on the road. Not only is it dangerous for adults, but, Thanksgiving inevitably involves children, who don’t really have a say in who is driving a vehicle. In 2010, 40% of highway deaths occurred during Thanksgiving weekend, giving those four days of celebrations the potential for becoming a lifetime of sad memories for those affected by the death of a loved one.

Since Thanksgiving can require a great deal of driving, whether between different family locations or even the back-and-forth to a local store to pick up forgotten or missing food items, it is always best to plan ahead, especially if there is alcohol involved. Much like any other time that there is alcohol being served, a plan that includes a designated driver, taxi service or other phone numbers available can make the difference between a happy holiday, and a disastrous mistake on the road.

Sober drivers keep the streets safe from those who cannot make smart choices when it comes to operating a vehicle after drinking. While we all have the ability to drive sober, not everyone places importance on the practice, especially after a few drinks have already been consumed. Plan ahead, and make sure that your Thanksgiving doesn’t end in tragedy, but, is another wonderful family holiday that provides all the good things in life.