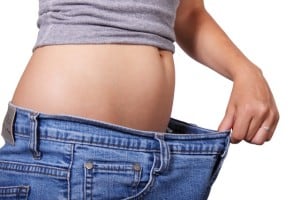 The human body is a magical entity, producing all sorts of fun things… like babies and, well, beer. Or, something akin to beer, at least for a few people with “auto-brewery syndrome.” We keep hearing about people beating drunk driving charges through biology. They claim their yeasty intestines are acting like a brewery, causing high blood alcohol concentration (BAC) levels, yet they don’t feel very intoxicated. For instance, a woman with legit auto-brewery syndrome who just had New York DWI charges dropped, despite a BAC of .33 percent.

Let’s break this down a bit. Any person who is stopped under the suspicion of drunk driving and registers a .33 percent BAC is legally drunk. In fact, they’re legally drunk, four times over – a state of intoxication we generally refer to as “unconscious, please seek emergency medical treatment.” Some would even say that at .37 percent BAC, that person could die, so she was cutting it pretty close to that line.

The woman with auto-brewery syndrome and a .33 BAC was conscious and driving. She had been drinking, but not enough to warrant such a high BAC. Her legal team figured out the problem, had the New York DWI charges dropped, and now the woman is living a happy, low-carb life to control her body’s alcohol production. We love a happy ending.

Still, at .33 BAC, it seems strange that the woman could still have her senses about her, at least most of them. That’s where it gets tricky with alcohol, and why most people think they’re “okay to drive” after 3-4 drinks, especially those who drink regularly. Alcohol doesn’t let us turn off our auto-pilot mode, leaving us to drive home down familiar roads where the unexpected stop light or cyclist can lead to tragedy. So, she felt okay to drive at such a high BAC level because she was on auto-pilot mode, her body and brain had compensated for her alcohol production with a higher tolerance level.

Since a (normal) heavy drinker could have a .17 BAC level and feel “okay to drive,” too, their tolerance level does not make them any safer on the roads. Nor are they able to stomach the New York DWI conviction, and ignition interlock requirement as a result of their choice to drink and drive. Beating a DWI through biology is one thing, as long as that “thing” is a legitimate medical reason, and not just a lapse in judgement after a few too many beers.