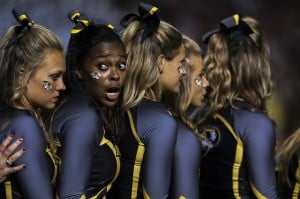 Texas and New York may not have a lot of similarities, but that could all change when it comes to drunk drivers. Texas recently made a bold move in the fight against DWIs: they said anyone who wants an ignition interlock device can have one – a move almost like the current “Leandra’s Law” in New York that requires an ignition interlock for any DWI offender. Bringing these very different states together in the fight against drunk driving is more than “peas and carrots”; it is the latest trend in safer roads across the U.S.: all-offender ignition interlock programs.

By updating the DWI law in Texas, more people are able to use ignition interlock devices and keep their jobs. DWI offenders can make it to court appointments more easily, and families are less impacted by a “breadwinner” with a suspended license.

All-offender ignition interlock programs are more effective in rehabilitating DWI offenders than taking away their freedom to drive entirely. Driving is an essential part of life for most of us, which is why reducing that restriction by allowing interlocks is so vital to the recovery process.

In states like New York, Virginia and New Mexico, a drunk driving conviction will mean an ignition interlock installation, no matter what. There are comprehensive monitoring programs in those states, as well, to ensure compliance with the court. Texas may not be in a position to mandate the devices for all offenders, but offering them as an option after a DWI is a big step toward reducing further offenses. Plus, it gives an offender a second chance at proving their responsibility behind the wheel, a chance that is worth taking, no matter which state they call home.