Here’s To Our DUI Heroes

You are here: Home / General Information / Here’s To Our DUI Heroes
October 21, 2016 by Editorial Staff 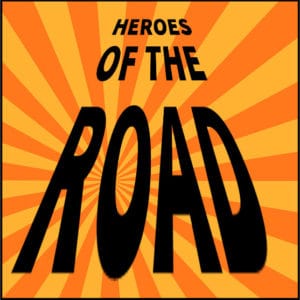 Let’s all take a moment to thank our DUI heroes and realize the sacrifices they make each day on the roads. We may not realize the efforts that are put into those sobriety checkpoints that can be so frustrating, but there’s an entire process that leads up to even establishing the how, when and where those will occur. Then there are the men and women who provide the hands-on law enforcement presence needed to remove drunk drivers from the road.

Maryland recently adopted an all-offender ignition interlock policy, called “Noah’s Law.” Noah Leotta was struck and killed by a drunk driver while working at a sobriety checkpoint in Montgomery County, Maryland in 2015. Noah’s tragic death is not uncommon, many other law enforcement officers have been killed or injured while working at sobriety checkpoints across the U.S., including Melissa Foster of Columbus, Ohio, Trooper Bobby Smith of Louisiana and these L.A.P.D officers.

Despite the dangers to law enforcement, our DUI heroes continue to risk their lives to ensure the streets are safe from drunk drivers. The statistics say that DUI checkpoints work and they are endorsed and advocated by MADD as a strong safety measure to prevent further drunk driving incidents.

When it comes to the ultimate sacrifice made by law enforcement to ensure our safety, DUI checkpoints are right at the top of the list. The presence of police during those events is necessary, and the danger posed to their own health and safety is obvious. Instead of bad attitudes and an air of inconvenience, remember that our DUI heroes are only doing their job, and fulfilling their personal commitment to keep drunk drivers from harming you, your loved ones and your community. They put their lives in the direct path of potential drunk drivers, showing the same dedication to sober driving that we should all share.